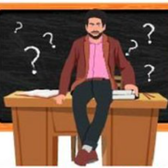 It's New week, and today's quiz is inspired by Lobster Newberg.

New players: Welcome! For division placement, you can either: 1. play the preseason quizzes (linked below) and I will slot you in a division based on your results (please do this before completing today's quiz if you choose this option), or 2. simply start with this week's quizzes and I will place you in the Freshmen division by default.

Lobster Newberg (also spelled Newburg or Newburgh) is an American seafood dish served in a rich cream sauce made with butter, egg yolks, and sherry. According to legend, Lobster Newberg was invented by Ben Wenberg, who first demonstrated it to Charles Delmonico of Delmonico’s Restaurant in New York City. As the story goes, Delmonico added “Lobster à la Wenberg” to his menu and it quickly became quite popular with the restaurant’s patrons. The dish was there to stay, but after a falling out between Delmonico and Wenberg, the name was changed from Wenberg to Newberg. (A fun story to be sure, but there’s some evidence it may be apocryphal.) Lobster Newberg is sometimes confused with Lobster Thermidor, a similar dish also consisting of lobster in cream sauce. The main differences between the two are that Thermidor sauce is thicker and usually flavored with white wine or mustard (rather than sherry), and that Lobster Thermidor is traditionally baked and served in a lobster shell.